Satoko Silverberg is an author, journalist, and educator residing in South Florida. Her debut novel, Dillon, was published in summer 2019. She has two other novels, Surviving Solomon and Driving Messiah, due for publication in late 2019 and early 2020.

“My writing muse was brought to life after a particularly intense dream, in which the scenes and dialogue were so vivid, as if from a movie, that I knew I had to compose a screenplay.” 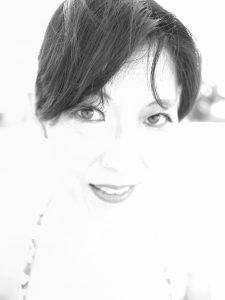 Satoko began storytelling after a particularly intense dream about a Russian orphan enlisted as a government agent during the height of glasnost in the Soviet Union––which became the basis for her first screenplay. After writing a second screenplay and quickly realizing that the gates to Hollywood were difficult to pry open for unknown creatives like herself, Satoko decided to explore novel-writing.

Many of Satoko’s stories feature in New York, and New Yorkers will recognize the cadence of her characters’ wit and charm. Drawing on her rich personal experience, and with more than a dab of comedy, Satoko breathes life into her unlikely protagonists––the seductive and wealthy widow, the unpublished author and his bohemian father, the callow limousine driver thrust into the city’s underbelly. Her stories are by turns funny, sad, heartwarming, and preternatural.

“As a child, I’d always wanted to live in America. At age four, I was set on marrying someone from this mythic land of freedom and opportunity. And I did. “ 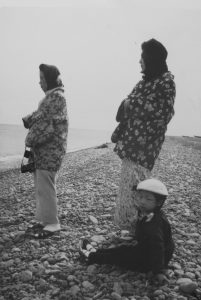 Satoko was born and raised in Tokyo, attending a prominent all-girls’ Catholic school. From an early age she drifted through constraining privilege, surrounded by milk and honey yet bullied and ostracized at school and unable to make friends in a cloistered environment that prized conformity and restraint. Satoko suffered her schoolyard reputation as a quiet, unsociable misfit––a black sheep of her clan––in silence. Even her father, with whom she was close, only learned about the extent of her loneliness later in life. It was during this time that Satoko secretly began yearning to explore America, a mythic land of freedom and opportunity to her adolescent eyes.

“I miss New York in the 1980s. The city then was dangerous and squalid yet lively and inspirational––reminiscent of noir cinema. This unique energy is gone forever.”

After a postgraduate stint at a leading industrial company in Tokyo, Satoko founded a marketing company in New York City where, during Japan’s economic heyday in the 1980s, she worked with major Japanese advertising, media, trading, and fashion houses to scout growth investments in the United States. As a Japanese-English bilingual, Satoko introduced numerous American products and ideas to Japanese marketers and consumers. Satoko also covered the New York fashion scene as a correspondent and columnist for several prominent Japanese fashion magazines including Gap Japan, Cosmopolitan Japan, and Non-no, interviewing world-famous designers and discussing international social and cultural issues for a Japanese audience.

“Life in New York was a dream come true, but I had to move on.”

Satoko then moved to Washington, D.C. to attend the Master of Science in Foreign Service (MSFS) program in international relations at Georgetown University.  Later, she and her husband started an online education program.

“When I first began writing fiction in a Starbucks, I sometimes cried, absorbed as I was in the drama of my stories. To the baristas then, I owe so much.”

Currently Satoko lives with her husband, Ken, in South Florida, where her quiet subtropical surroundings allow her to focus more on storytelling.

“Home, instead of Starbucks, has become a place where I can be imaginative as a writer, this time not with a whiff of java but with culinary vegan magic prepared by Ken.”